Cheese from the north west

when it comes to areas of the uk, it's tough to beat cheshire, Lancashire and cumbria for cracking cheese. The area's cheesemaking methods are steeped in history and you can taste it with every lovely bite.

HISTORY OF CHEESES IN THE North West

It would be impossible to discuss the history of cheese in the North West of England without focusing on Cheshire, one of the oldest documented cheeses made in the UK.

Up until the early 17th Century, Cheshire was very much a subsistence product, with farmers and landowners making the cheese purely for their own, or local consumption. At that time, London, being the most concentrated cheese market, was serviced almost entirely by cheese made in Suffolk, due to its geographical convenience. However, by the middle of the 17th Century, a number of factors conspired to facilitate the emergence of Cheshire as a rival to Suffolk cheddar.

First and foremost, the quality of Suffolk cheddar had been in precipitous decline, thanks to the high demand for butter of the London consumer, and thanks to their affluence, the premium they were willing to pay. With more and more cream being skimmed for butter production, the remaining milk used to make cheese was more and more inferior, and eventually led to the cheese lacking in any discernible flavour or character. This cheese became referred to as ‘flett’ and was decried as only suitable for ‘slaves;’ 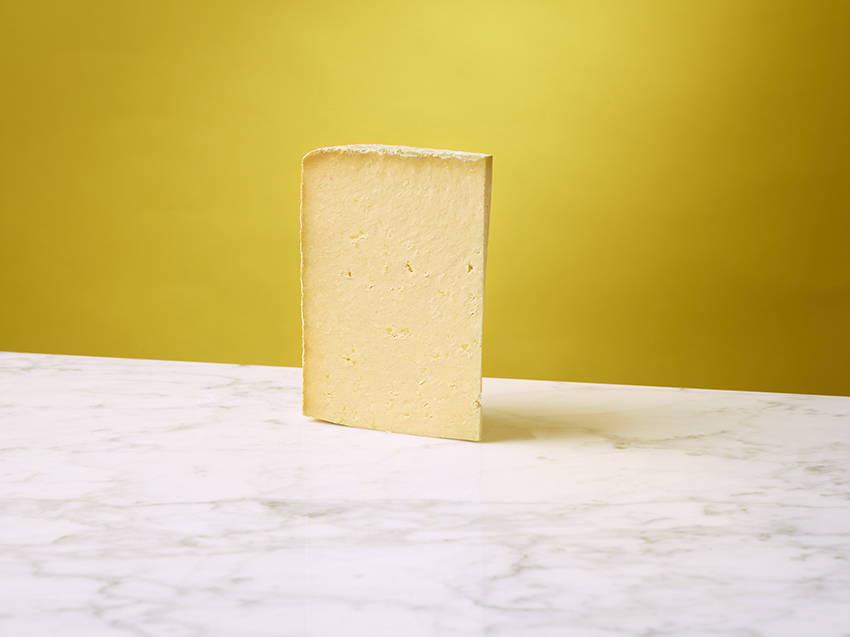 The straw that broke the camel’s (or cow’s in this case) back was severe plague and flooding that conspired in the early 17th Century to decimate the availability of milk for cheesemaking in Suffolk. So, when in 1650, a ship called The James arrived in London from Cheshire, carrying 20 tons of Cheshire cheese, financed by William Seaman, London couldn’t have been readier for it. Made with whole milk, it was everything customers had been missing from their Suffolk ‘flett’ and they were willing to pay for it.

Over the next century, Cheshire virtually displaced Suffolk cheese entirely from the London market. To highlight this meteoric rise, in 1664, around 440,000 kilos of Cheshire cheese were received at London docks. By 1725, 6.3m kilos were arriving, and Cheshire accounted for more than 90% of the cheese arriving in the city. Suffolk cheese retained only 5%.

What transpired was an incredible example of inventiveness, creativity and innovation as cheesemakers adapted to this new demand. One of the major issues with shipping cheese to London from Cheshire was the time in transit (If only they had us lend a hand in that). 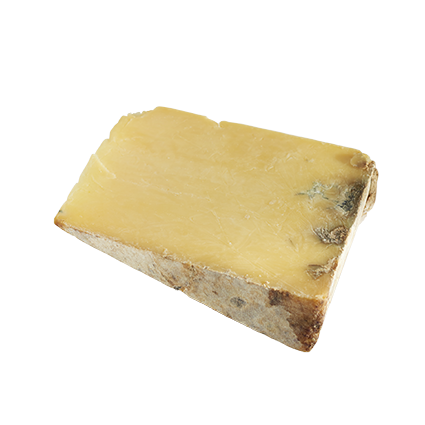 FIND OUT MORE ABOUT OUR COMPLETELY BESPOKE SUBSCRIPTIONS... 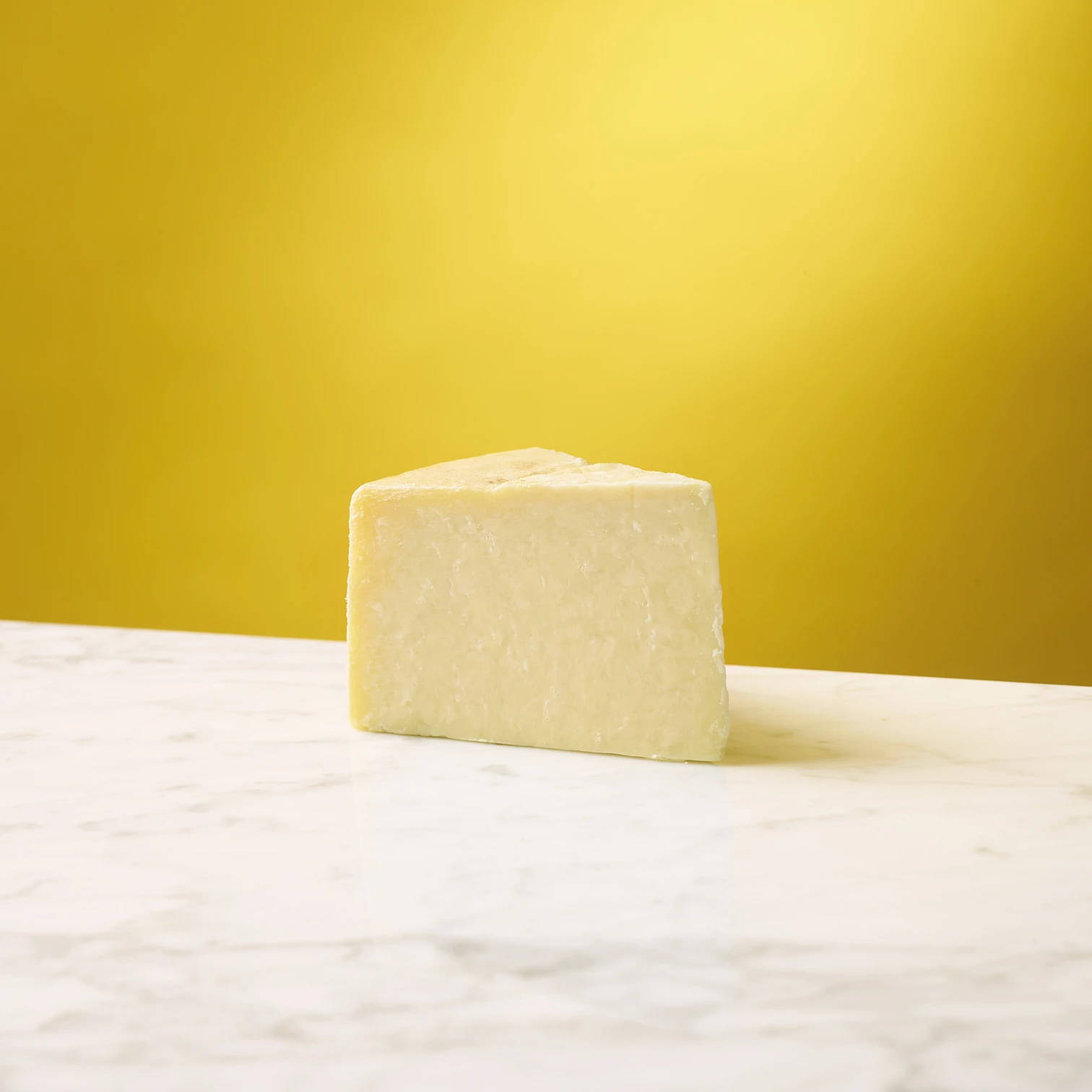 By the time the cheese arrived, and sat in warehouses for weeks or even months to be processed, the cheeses lost moisture, dried out, and suffered in terms of flavour and quality. The answer was to increase the sizes of the whole truckles to reduce evaporation loss (and ensure the cheeses were more sturdy in transit). However, this created a new problem…greater size and lower surface area to volume meant more moisture and greater chance of spoiling.

So, from this problem, emerged 3 cheesemaking techniques that would become imprinted in cheese making history, and remain to this very day.

1 – Industrial stone presses were invented to expel more moisture out of the curds.

2 – The curds themselves were salted before being moulded (although full disclosure, this technique was already in use in France by the makers of Cantal).

3 – Holes were introduced in the cheese moulds so that wooden skewers could be inserted and removed from the curds to encourage more whey release.

Indeed, so effective were these three methods in reducing moisture, the next task became how to keep the moisture that did remain in the cheese so as to ensure the cheese was rich in flavour and didn’t dry out. This led cheesemakers to coat the cheeses in butter to create a protective film that facilitated moisture retention.

All of these methods remain to this day, and have been borrowed by the makers of large swathes of territorial cheeses, all over the North West and North of England.

a bit about us

The Cheese Geek is the UK's first and only true 'Cheese-tech' company and are on a mission to bring first class cheeses to homes around the UK.

A lot of people love cheese but don't have the confidence to stray outside of what they know. Our subscriptions deliver 60 new cheeses to your cheeseboard over a 12 month period with expert drink pairings and tasting notes.

A Monthly Subscription means you're getting the best cheese at the best price. The Jimi, our rolling subscription, is £30/box...that's a saving of £5!

From time to time we'll include extra-special cheeses exclusive to Subscribers, depending on what's in season or what The Cheese Geek thinks is tasting so hot right now.

Delivery is always included. So you know that every month* you'll have scrumptious cheese arriving at your door. Just order once and recline. Ch-easy!

As a Cheese Geek Subscriber, we guarantee you’ll never receive the same cheese twice. Sign up for 12 months and that’s 60 different cheeses!