Here at cheesegeek HQ, we talk a lot about the big ‘S’…Seasonality. One of the amazing quirks of artisan cheese is that, just like fruit and veg, it is seasonal. The same cheese might taste completely different in the winter compared to spring, for a huge number of reasons such as what the cows were up to, what they were eating, where they were eating and what the weather was like. It’s these variations that make artisan cheese so fascinating, and so romantic.

The rockstar of seasonal cheeses

But you simply cannot talk about Seasonality without mentioning the Rockstar of seasonal cheese. Not only does this cheese taste at its best during the autumn and winter months (September to March to be precise!)…it is ONLY available during this time. It’s Vacherin (aka Mont D’Or). Vacherin Mont d’Or and Vacherin du Haut Doubs are essentially the same cheese, one is simply from the french side of the Jura Mountains, the other from the Swiss side. Our soft cheese Vacherin beauty is super creamy and sweet with added woody flavour from the Spruce bark it is wrapped in. It has a luxurious silky texture when fully matured and can be spooned right out of it’s box.

Just before I talk more about this Seasonal Stallion of a cheese, I want to whisk you away to the rolling mountains of the Alps…in the middle of summer. The sun is out, the alpine meadows are filled with lush grass, meadow flowers, the freshest of water, and the cows are having an absolute jolly. Whilst up at in the mountains, over 1k above sea level, these Montbeliarde cows produce the sweetest most delightful milk, that is then gathered by cheesemakers and taken to their summer chalets, where they turn the milk into the world famous Comte. Throughout spring and summer, when the weather is beautiful, and the mountains bountiful, this is where the cows hang out.

Come autumn though, before the weather turns, the cows are led back down into the valleys, and reside in their barns as the colder months approach. They get less exercise, and move to winter feed, which means their milk yields fall, but the milk they do produce is richer and higher in fat content. And this, is where Vacherin comes in. Whilst Comte is made in huge wheels as the milk yields are higher, Vacherin is made in smaller dainty wheels, and the cheeses are rich, unctuous and velvety. The cheeses are so unctuous in fact that they are squeezed into a spruce collar to ensure they don’t run away. Luckily for us, the spruce imparts the most wonderful sweet, floral woodiness into the cheese. Functional and delicious…the dream.

And so there we have it. Best matured around 7 weeks, the cheeses start getting made in August, meaning from September until the following March/April is your window to eat this wonderful, seasonal big hitter. 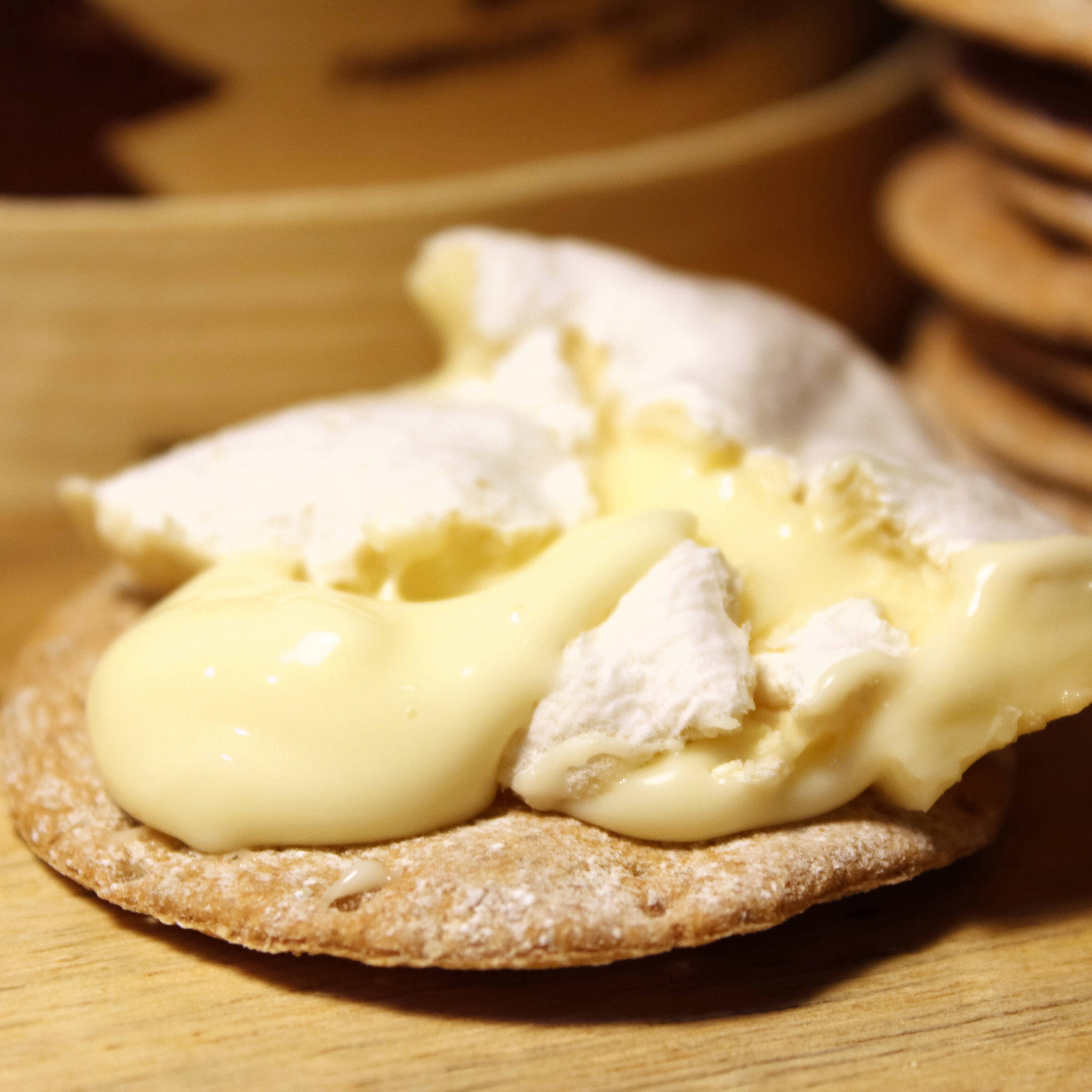 But when and how is best to eat Vacherin, I hear you crying out!?

Early in the season, the cheeses will still have a much lighter, floral, sweet vibe going on, with the flavours more subtle and submissive. This is because the milk is still making the transition from mountain grass to winter feed. If you catch the really early batches, they are likely to be a bit younger as well, so probably slightly less spoony in the centre, and a little more chalky resistance. This is no bad thing though, as I really like the contrast of textures, and there is a contrast in flavour profile as well.

As you get later into the season though, you will start seeing the cheese growing into it’s winter self, getting more funky, developing a slight tang to go alongside those earlier flavours, and there is certainly a deeper more earthy rustic feel to the cheese.

In terms of eating it, well if you get the dainty smaller 450g whole cheeses, it’s a spooner dipper, and most certainly the rind is edible as it carries a lot of the flavour profile that runs through the cheese (cheeses like Vacherin ripen from the outside, and so that is where much of the flavour is imparted from). Wedges of larger wheels can be liberally smeared over a crusty French baguette, perhaps with a tiny bit of honey, or dare it say it truffle honey.

The lovely versatility of the 450g whole minis is that you can also pierce them with a little rosemary and garlic, a drizzle of white wine and some honey, and bake in the oven whole (in the box – but make sure you wrap the box in foil!) for 20 mins at 200 degrees. It is then basically a mini fondue of epic proportions. Dip some charcuterie in there, or some cornichons. Divine.

Having said all that, for me personally (and I can also say for the French themselves!) a cheese like this is best eaten without baking, so it is in it’s truest possible form, and you will get far more access to all of those little complex intricacies that might get lost in the oven.

Whichever way you choose, you won’t be disappointed, unless you miss out entirely, because once April comes, Vacherin, like Kaiser Soze, will be gone without a trace.

How to get your Vacherin fix in summer?

(ps if you really cannot live without Vacherin between April and August, then thanks to Stacey Hedges in Hampshire, you can now get your hit with a cheese called Winslade…Vacherin in style, and made all year round…hurrah!).