Tues - Sat delivery is FREE on all subscriptions, Cheeseboxes and orders over £55

What is it we mean when we say, "Save the cheesemakers, save the world"?

It was recently discovered that agrochemical farming in the UK has left Britain’s soil 30 to 40 years away from complete loss of fertility. This would have huge knock on effects for industries across the UK and while the government has issued guidelines on this, in practice very little has been done. Especially considering a potential drop in food standards post Brexit.

The act of regenerating the soil is achieved in various ways and differs farm to farm. Soil disturbance is reduced, biodiversity is increased / encouraged and carbon emissions are trapped in the soil to offset what’s released into the atmosphere. This has a twofold benefit for the farms, not only are the emissions balanced, the farms see higher yields year on year.

A quick bit of science – The nutrients referred to earlier in the piece refer specifically to fungi (fungal hyphae). The fungi are able to deliver nutrients to the plants that wouldn’t ordinarily be available, while at the same time absorbing carbon dioxide from the air and turning it into stable organic compounds in the soil. 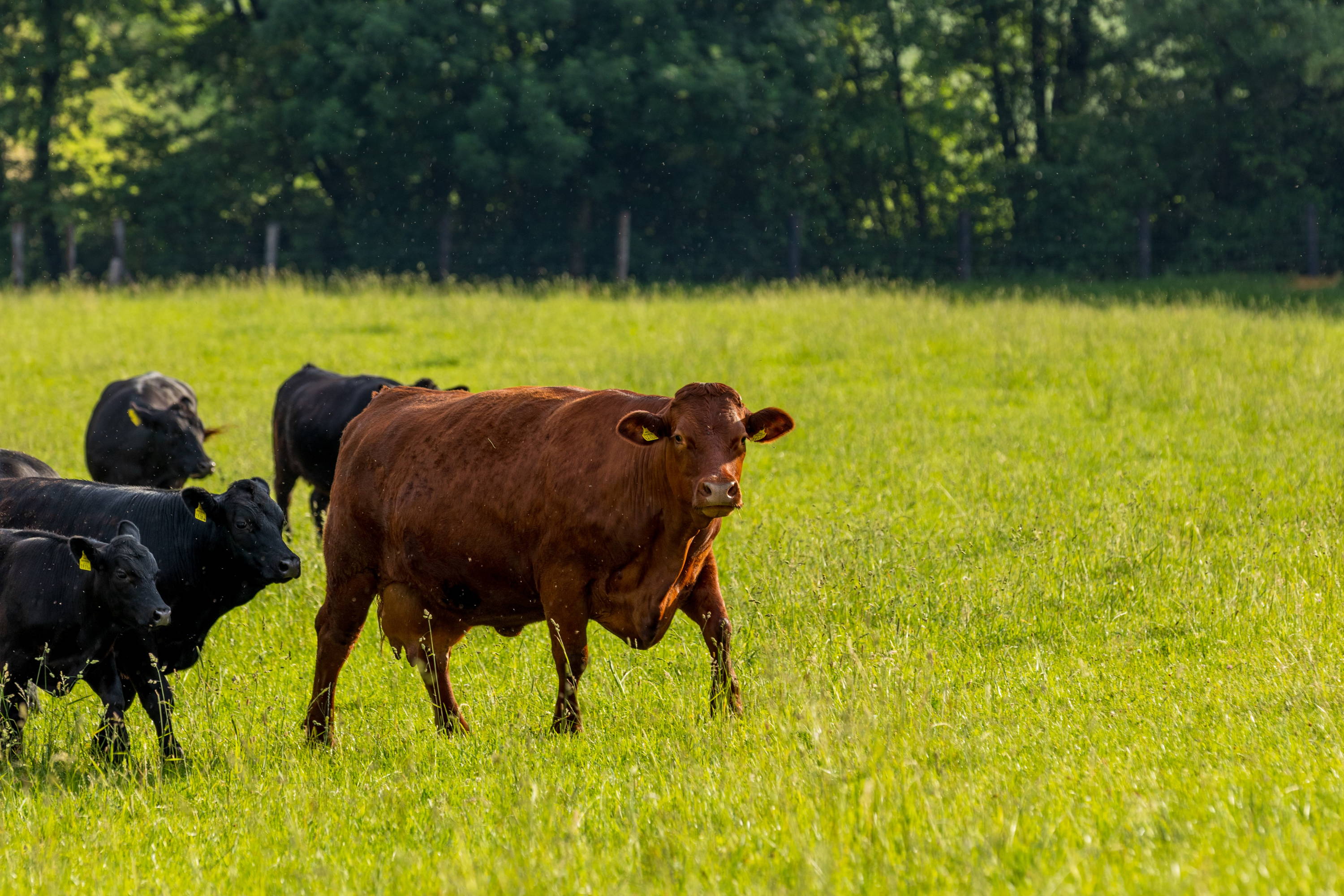 The reason that the methods differ so much farm to farm were put nicely by Becky at Hafod farm in west wales “most products work back from the cheese that needs to be produced. In sustainable or regenerative farming, we work with what’s available to us in terms of natural resources. Ie we look at the hill and work out what it needs and what can be produced. Which is why whilst we use the same methods to produce our cheese, each cheese is entirely unique”.

Hafod farm is a good case in point on this. Patrick, who’s worked the farm now for over 40 years has set up an organization called the sustainable food trust which focusses on providing information to farmers based on his and others’ experiences in creating a sustainable farm.

His farm and the techniques they use haven’t changed much since he first started out. In this time, he has come to the conclusion that “all farming is about ecosystems management. Truly sustainable food production is related to one’s capacity to intervene in a timely way, maintaining and hopefully building the natural capital of the farm, such as healthy soil and biodiversity, over which one has stewardship, whilst at the same time harvesting a surplus of nutritious food.”

This theory on sustainable food production through ecosystem management was corroborated by an EU thinktank named the IDDRI, who concluded that “if we stop (or reduce) the practice of feeding livestock cereals we could feed the growing population of Europe by 2050 on entirely organically produced foods.”

Their method, of working from what’s naturally available to them differs greatly to even some of the farms that border them. Agrochemical farming uses pesticides and chemicals to create an environment unnatural to that area and results in infertile and ultimately unusable soil. This is born out of the obsession with constant expansion and scale, in order to meet increasingly competitive supermarket demand. Despite a race to the bottom in terms of supermarket pricing, AHDB’s consumer survey concluded that 80% of UK consumers would pay more for local and organic milk. 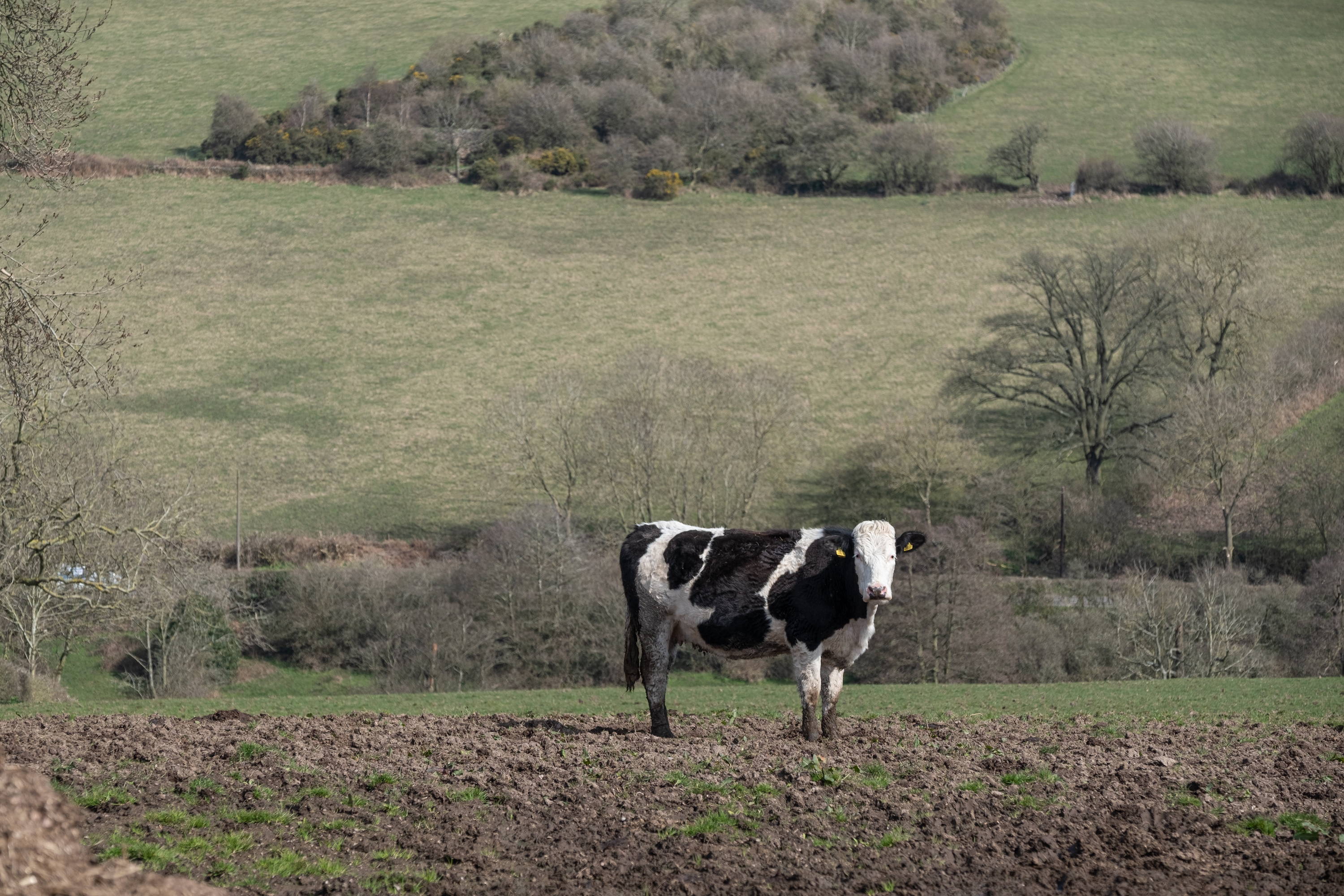 Similar stories to Hafod are being replicated hundreds of times over on small farms all over the country and Europe.

The Jones brothers, at Lincolnshire Poacher, for example, plant clover on their farm as they are an excellent natural way of fixing nitrogen within the soil. ‘It takes over a tonne of oil to produce a tonne of nitrogen, so by removing nitrogen from our farm, we are reducing the impact to the environment.’

Another of our farms that we managed to speak to this week was the award-winning, Organic Bath Soft Cheese Company, who told us “Organic farming is essentially sustainable. No chemical fertiliser or sprays are used in our farming practices. The land at Park Farm is all grass, with a wide diversity of plants and flowers”.

They have a number of excellent sustainable mechanisms helping power and run their farm. Bio-mass boilers fuelled by sustainably sourced wood pellets that provide all of their heating needs, solar panels that produce 50kw of electricity, enough for all parts of the business on a sunny day and an achievable long-term goal of the farm becoming carbon neutral. In fact, to show the feasibility of this statement, all you have to do is look at Winterdale cheese in Kent who have already successfully produced the world’s first carbon neutral cheese.

It’s time to talk veganism. The truth is, it is the vegan movement, and slogans like ‘Dairy is Scary’, which in reality apply to large scale, big dairy, that have really accelerated a shift to small, regenerative, sustainable dairy farming.

Far from fighting veganism, small dairy is looking seriously at concerns raised by the vegan philosophy and working to improve both animal welfare on farms and the environmental impact of farms. Whilst already progressive in this regard, there is no doubt the spotlight that has been shone on the dairy industry as a whole, has accelerated this evolution.

In the UK, 13 Dairy farms produce the same amount of emissions as all of the other dairy farms combined. The biggest polluters on a dairy farm are the livestock, so therefore, the smaller the herd, the lower and more manageable the emissions.

It should come as no surprise to you that all of the farms that The Cheese Geek work with fall under the small dairy category and closer resemble the old-fashioned picture of cows grazing in a sunny field than they do large sheds with cattle packed in. Continuing to work with, encourage and support these farms drives the demand for more farms like this to emerge and if it can also discourage larger dairy producers from continuing to grow their production then it’s a win win. Ultimately, if demand shifts, so will the producers. There is no doubt, as mentioned earlier, consumers are now assessing more than just price when making purchasing decisions. Never has provenance, ethics and environmental standards been more important, an incredibly powerful and positive trend. 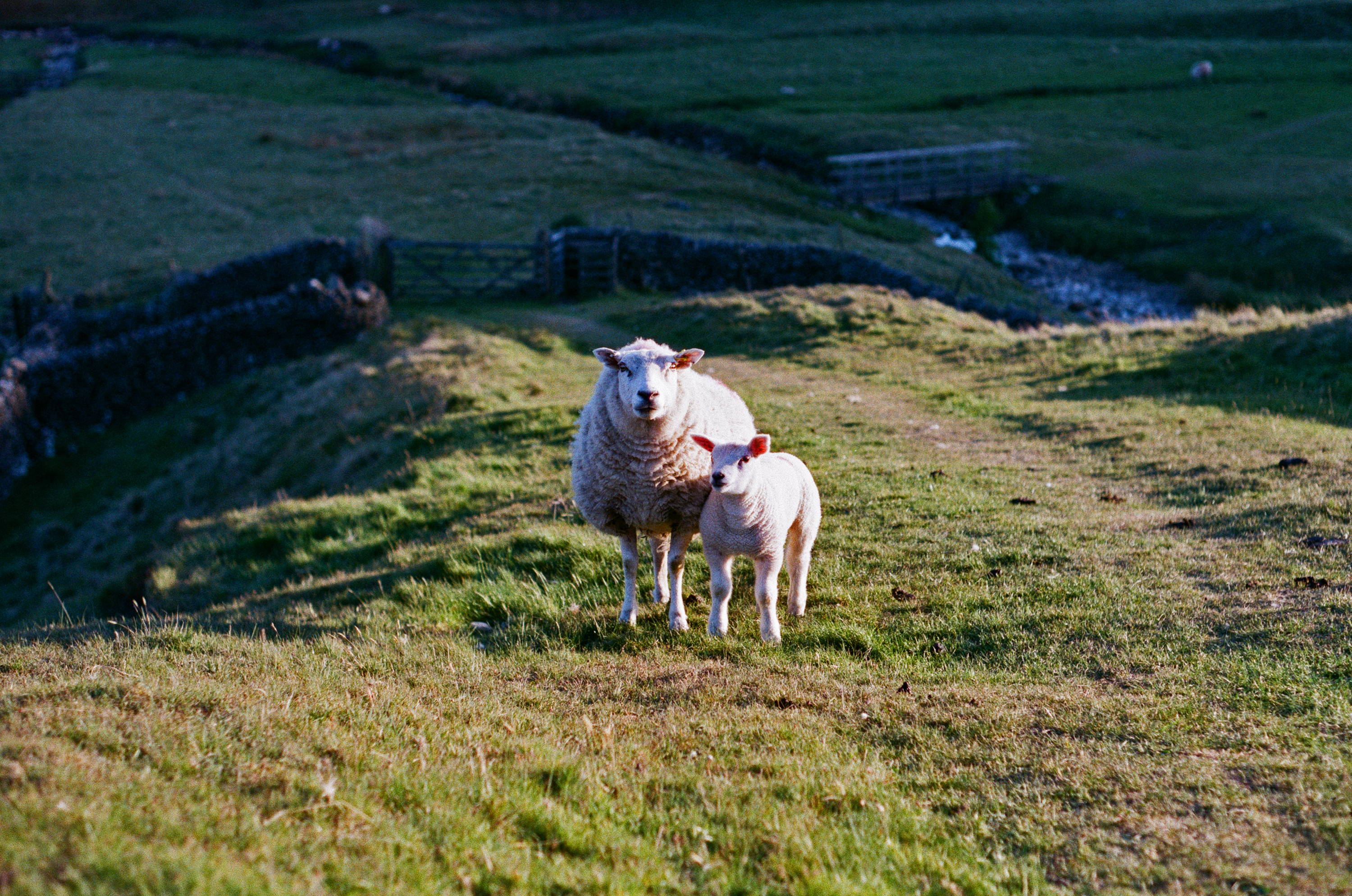 The benefits of these small, artisan dairy farms becoming more sustainable are huge, not least for the environment but also for animal welfare. Each of these farms are looking carefully at their animal welfare and it has become very clear (some would say obviously) that the happier the animals the better the products.

This debate becomes particularly poignant now that a law was recently voted down that would have protected agricultural standards in the UK. We can look at the US as case and point as to why these protections are so vital. Mass (superscale) producers, facilitated by the fact land prices are so much cheaper in the US, are willing and able to drive retail prices for supermarkets below that of cost in order to price smaller dairies out of the industry. Sadly, due in no small part to these practices, 93% of family run farms in the US have been forced to shut.

Going back to Patrick at Hafod, he puts it perfectly when he says that ‘cheap cheese’ is an illusion…utterly misleading. Because it doesn’t take into account the cost to the environment, and our land, which will have to be paid for in the future. By buying higher quality, sustainable, and ethical food now, the extra price is the price we should all be willing to pay for our futures, and those of our children, and their children. Compared on those terms, the ‘cheap cheese’ is really the artisan cheese.

So, our “Save the cheesemakers, save the world” slogan is more than just a play on the famous line from cult series ‘Heroes’. Its purpose is to draw attention to the relative knife edge that our dairy producers find themselves on. If consumers insist on higher quality, sustainable goods then there’s no market that exists for factory or agrochemical farming, and it will result in sustainable, ethical and regenerative farming becoming not only economically viable, but the norm. Every single decision we make about buying cheese has a real impact on our land, and world that we live in…we hold the power.

Save the cheesemakers, save the world.